Because of the depth of experience of our on-site review team members and our streamlined processes, we can identify millions of dollars of potential tax recoveries for most of our clients in only four days. That is unique in the tax industry. 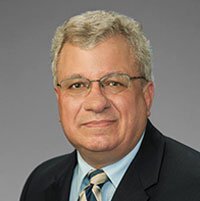 Following a 33-year career with the State of Louisiana Department of Revenue, Kurt recently joined Ashland as a Senior Consultant focusing on corporate clients with Louisiana tax liabilities.

Nobody knows Louisiana better than Kurt Van Brocklin. Kurt’s entire career has been spent in the state. He received both a B.S. in business administration and an MBA in finance from the University of Louisiana at Lafayette. He then accepted a position as Field Auditor with the Louisiana Department of Revenue and devoted his entire career to the Department. Over the last three decades, Kurt directly or indirectly dealt with every major corporate income and franchise tax issue in the State of Louisiana.

As Kurt’s experience, leadership skills, and technical knowledge grew, he advanced to Regional Audit Manager, Director of Field Audit (Income & Franchise Tax), and ultimately, to his highest position, Assistant Secretary of the Department of Revenue, one of the highest-ranking technical positions in the department.

During Kurt’s six years as Assistant Secretary, he was responsible for overseeing all compliance and audit functions of the state. He was directly involved in discussions and decisions regarding pending or anticipated income or franchise tax litigation, major refund requests, and audit assessments. As Assistant Secretary, Kurt was also responsible for managing 230 people in the Field Audit, Office Audit, and Criminal Investigations divisions of the department. A hallmark of his tenure was his dedication to learning as much as possible about a taxpayer’s business during the audit process. He brings that same approach to every engagement with Ashland clients.

Highly regarded for his technical knowledge of Louisiana corporate tax, Kurt was also responsible for the classroom training of field auditors, with a heavy focus on major audit issues, cases pending before the Board of Tax Appeals, and court cases. He also regularly represented the state in meeting with CPAs and members of the Tax Section of the Louisiana Bar Association to discuss tax issues, audits, and cases.

During Kurt’s tenure with the Department of Revenue, he regularly attended conferences devoted to helping taxpayers reduce their tax liability.

Like all Ashland state consultants, Kurt’s depth and breadth of knowledge, and focus on a single state, make him a unique and exceptional resource when it comes to reducing taxpayers’ state liability. This is what sets Ashland apart and has made us a trusted partner of corporate tax departments for more than two decades.